The history of EMS Water Systems mirrors others from the water business. Electric Motor Service started in Fredericton, NB in 1959 as a motor repair shop. The business evolved to include motors for water pumps and the water treatment product line naturally followed.

Nearly 50 years later several water pumps were repaired, and water treatment was established as a viable arm of the business causing other businesses to take notice. This led to the acquisition of Electric Motor Service by EMCO in 2006.  Then in 2009 EMS Water Systems opened a second location in Dartmouth, NS to better serve all of the Atlantic Canadian market.  With over 20,000 square feet (about four times the area of a basketball court) between the two locations consisting of warehouse, showroom and offices, EMS is a multi-faceted company as they are a distributor, wholesaler, retailer, and a service center. 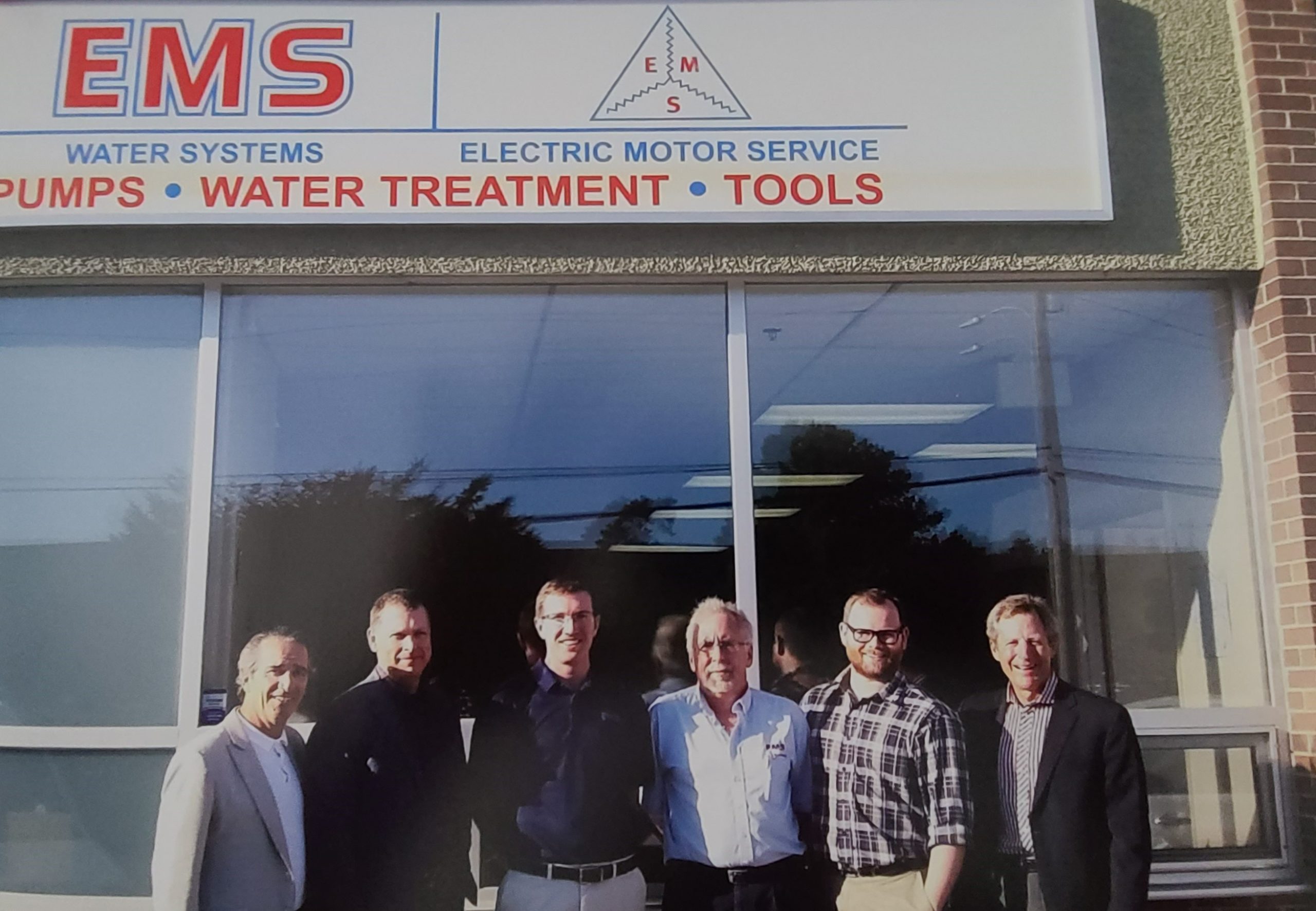 Along with industry veterans Jason Strang and David Pentz, Brad Vincent adds his expertise in water treatment to offer full scope water solutions. Their specialized team of 16 is a small piece of the pie compared to the overall size of EMCO, but they support other locations in the large national EMCO network.

EMS prides themselves on their collaboration with their customers. They assist their customers through the entire process of selection, install, start-up, and after-sales support. They strive to form long standing partnerships, by forming custom solutions that they stand behind. All products are built to order, tailor-made for the application. They offer education not only to their wholesale customers, but they also take the time to educate the consumer and then provide a referral to one of their loyal customers. 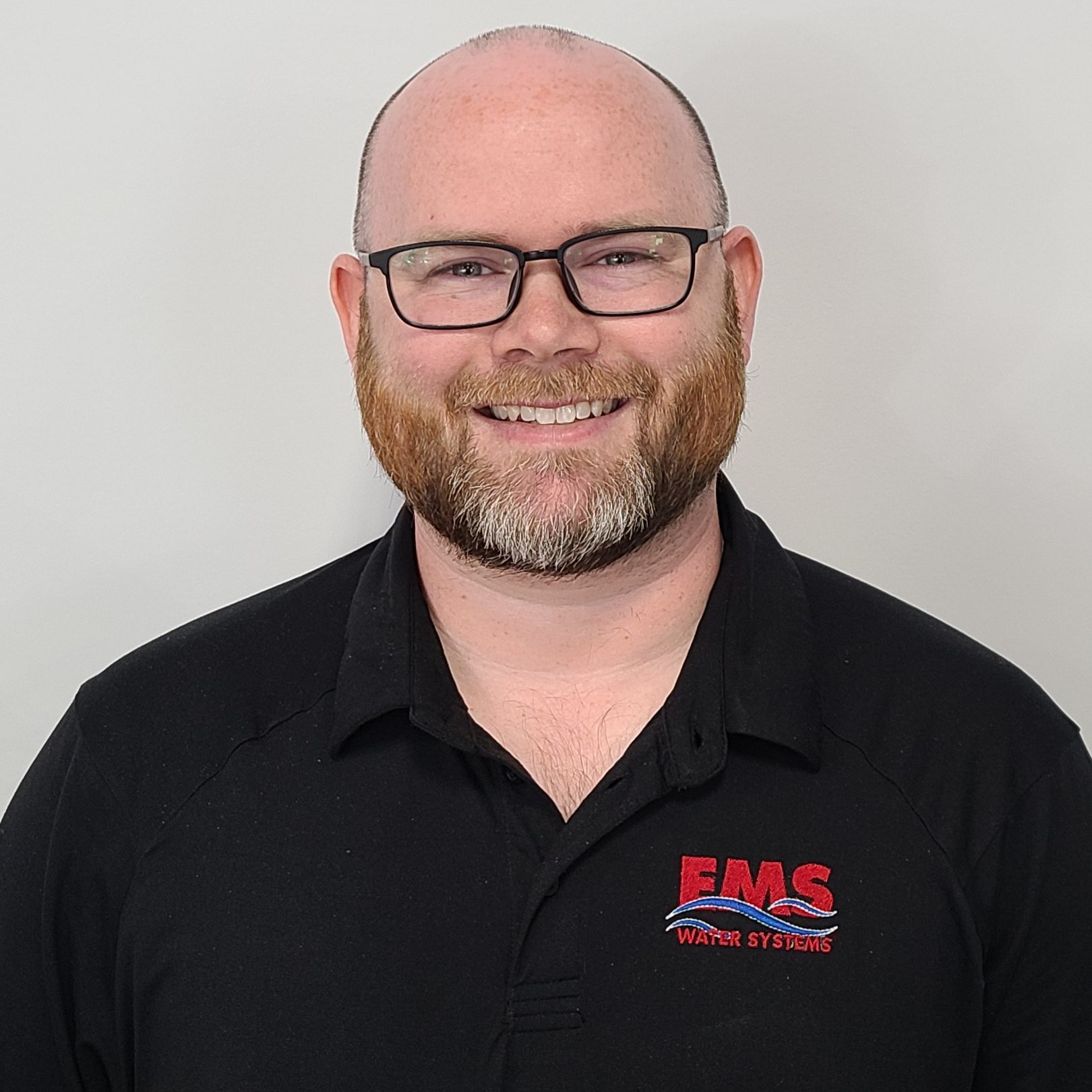 As a graduate from Memorial University of Newfoundland in 2011, Brad spent his early career working in the public, financial, and technology sectors in St. John’s before moving back to the mainland to be closer to his family. He joined the EMCO family in 2016 working at EMS Water Systems. Beginning in the warehouse, Brad quickly moved through to the counter, followed by purchasing and outside account management, and then assumed the role of manager in 2020. With a broad history of customer service and sales, and a passion for the science behind water treatment and pumping applications, Brad spends his days leading his team in assisting well drillers, water treatment dealers, and plumbers in delivering customized solutions to their customers across Nova Scotia. Brad maintains a close relationship with key industry partners both as vendors and customers and strives to keep education at the forefront of the EMS business model. 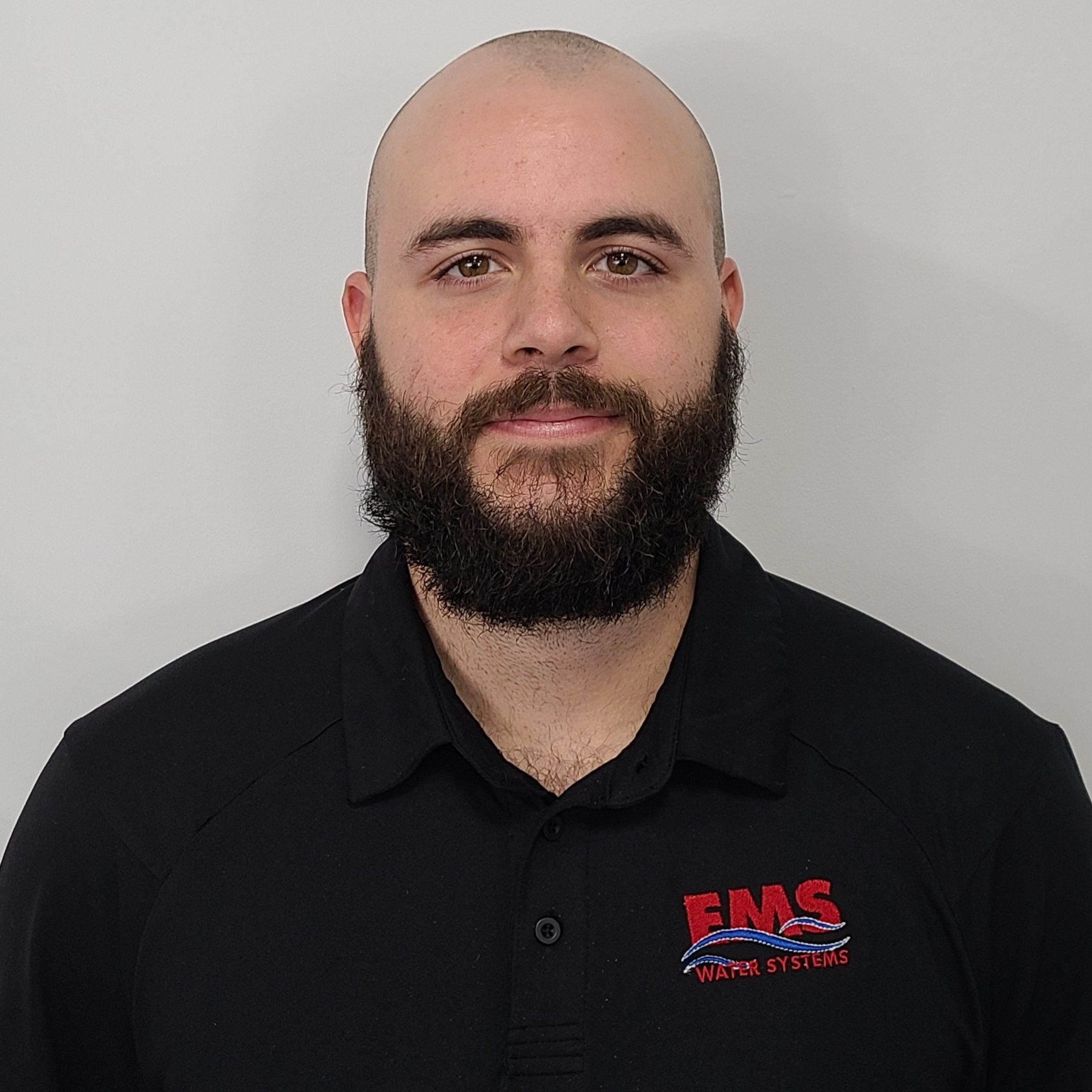 Alberto graduated from Dalhousie University’s Bachelor of Chemical Engineering program in 2019. During his schooling, Alberto has gained experience in industrial manufacturing and research and development while being an engineering co-op student at PepsiCo – Frito Lay and Cape Cod Finished Wood Siding. Alberto joined the EMS Water Systems team in the summer of 2019, allowing him to enter a field of work that has always been his passion – water. Alberto spends his days designing and supplying water treatment and pumping systems for a range of industries – residential, mining, aquaculture, and food and beverage, to name a few. Alberto has been working toward receiving his Professional Engineering designation which will be received in the summer of 2022. With regular technological advancements in the industry, Alberto prides himself on staying up to date and continually learning as much as he can. 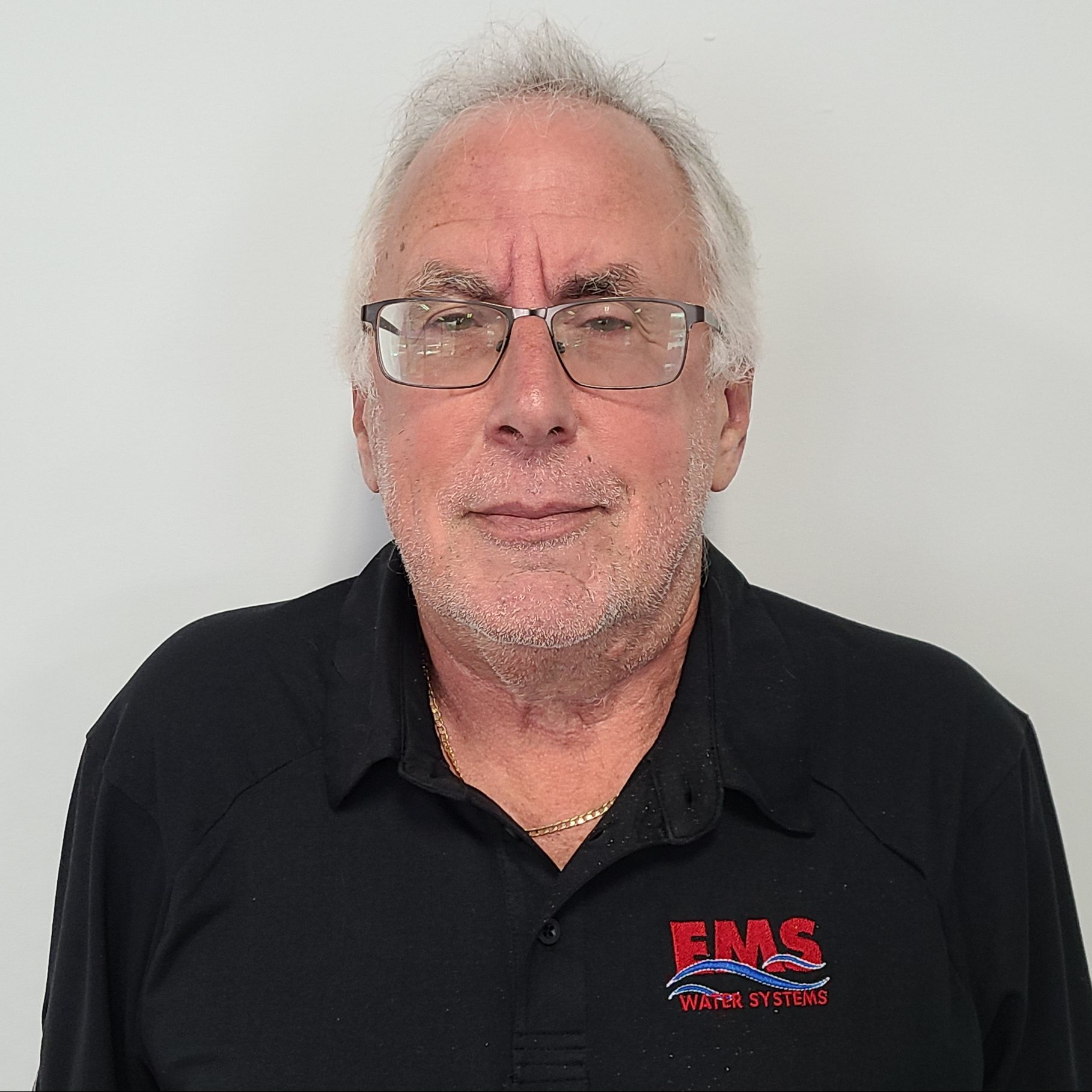 As the longest standing member of the EMS Team, Dave is a wealth of knowledge in technical applications for pump and water treatment systems as well as regional hydrogeology. With over 40 years of experience in the industry spread out across Canada, Dave can pull from a vast array of experience on job sites to assist in design, install, and commissioning of our projects as well as mentor our developing talent pool within our office. 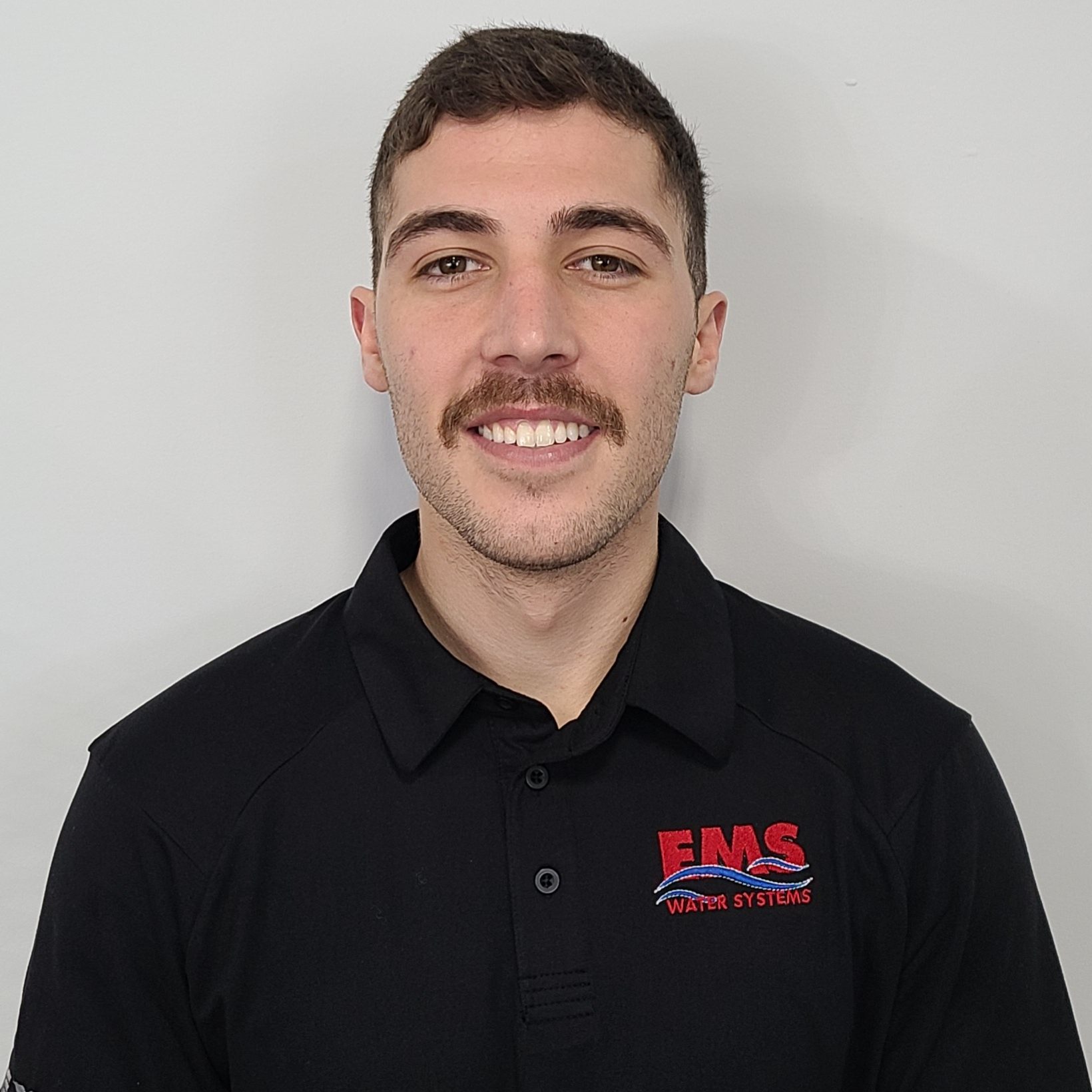 Dryden joined the EMS team in April of 2021. Before joining EMS Water Systems, he was a teammate at one of our EMCO PC’s in Kentville, NS. He began his time with EMCO as a Strategic Development Trainee where he was exposed to all facets of the business. He quickly developed a keen interest in the operational side of business, and eagerly jumped at the opportunity to join EMS Water Systems as an Operations Specialist. Dryden strives for operational excellence and is always searching for ways to improve/simplify our processes. After settling into our team, Dryden quickly found success in assuming the role as our Health and Safety Officer. 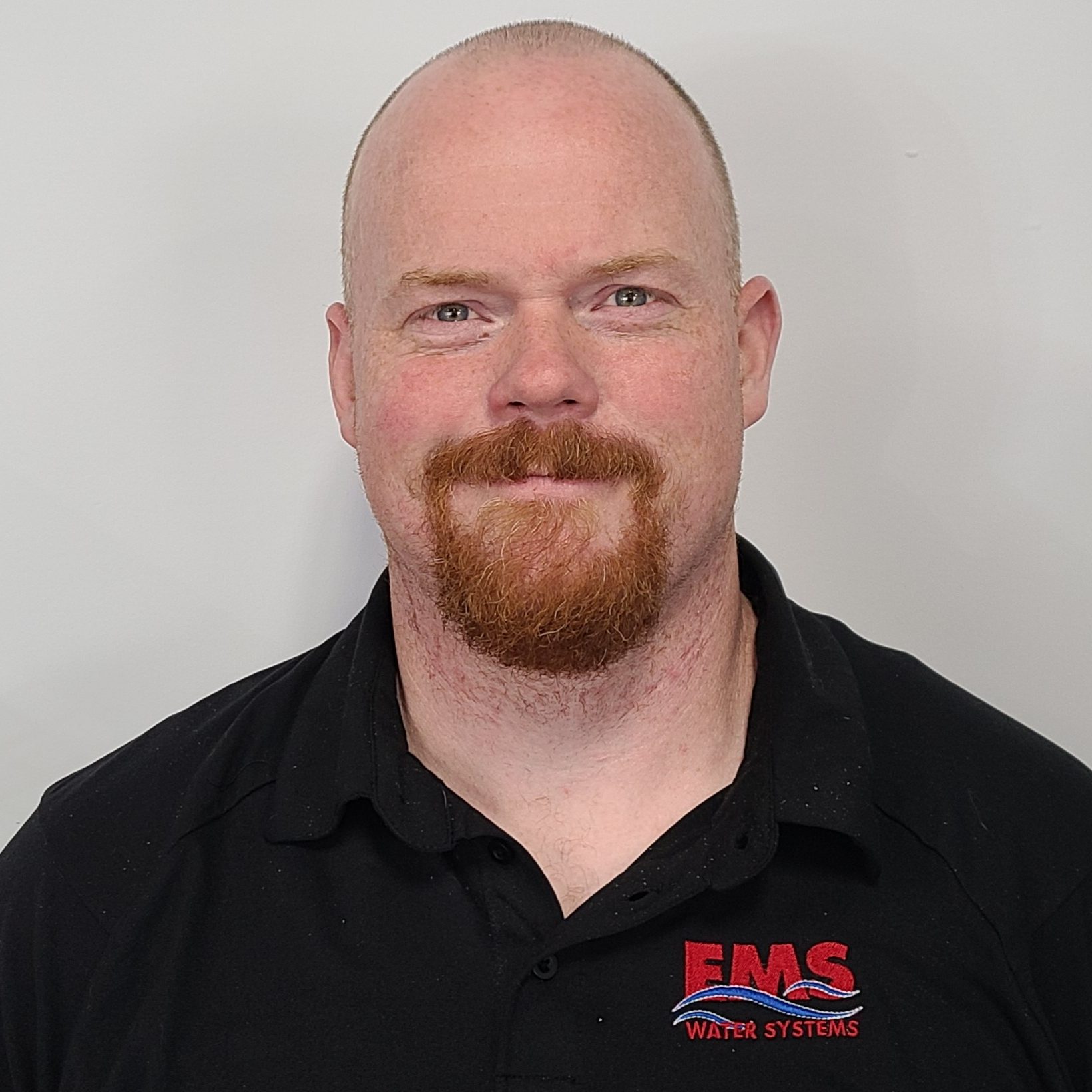 As the newest addition to the EMS team Stephen comes from the plumbing trade where he spent a decade servicing the Halifax area.  Before plumbing he has spent time in various trades either managing or working in pool Installation, renovations, landscaping and many others.   He spends his spare time as a taxi for his two children and spending time with his wife at the lake.  Stephen brings years of technical customer service and a jovial energy to EMS, while taking pride in his work.  Stephen excels in challenging problem solving and out of the box solutions where he can pull from his industry experience.  Stephen is excited to be helping our customers with their water pump and treatment needs in the office or in the field. 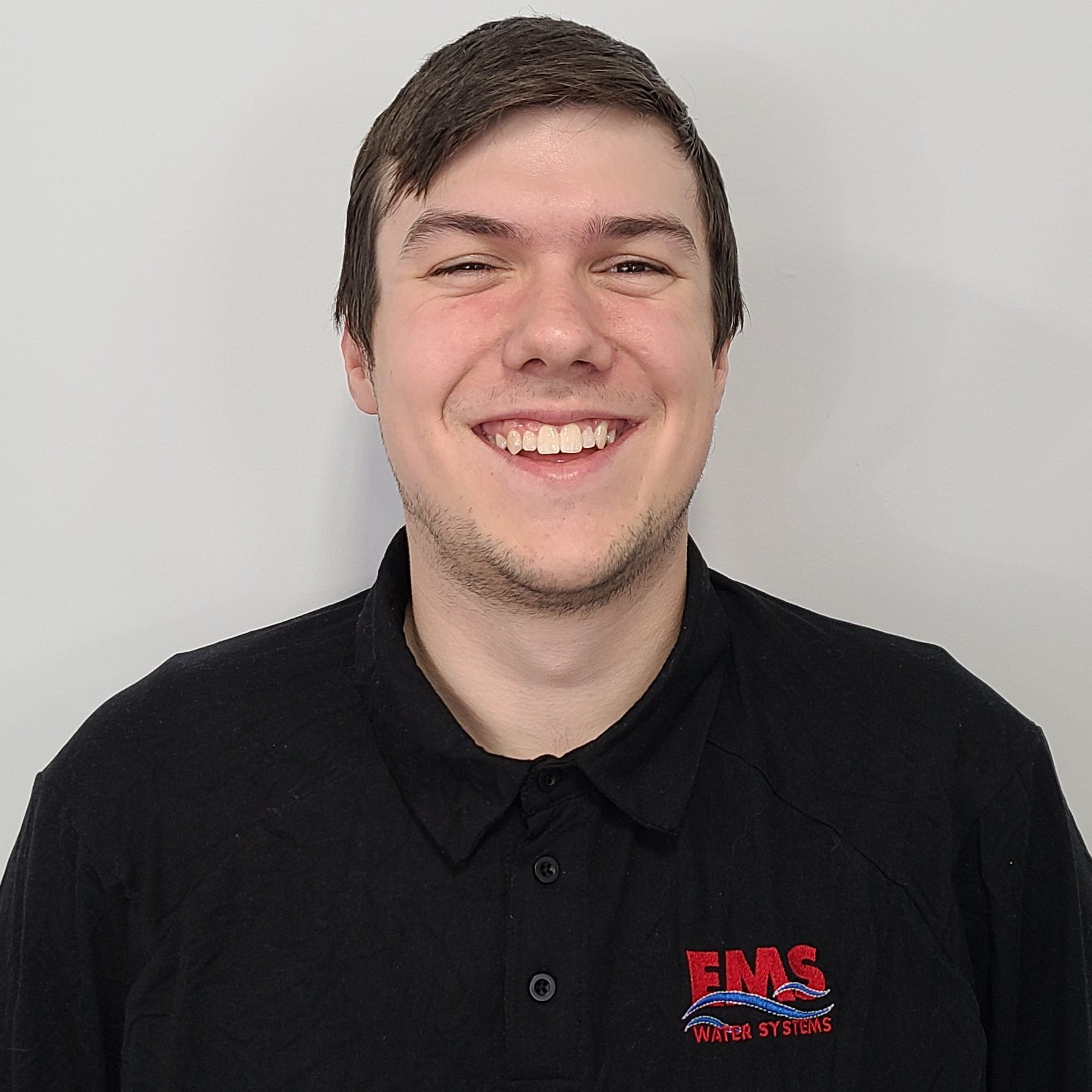 Matt graduated from his business course at NSCC in 2021 and subsequently went on a job hunt right after graduation. He then was approached by EMS Water Systems, a part of EMCO Corporation, and accepted the role after previously working in a customer service role for 8 years starting at the young age of 15. Matt was brought into the company with no previous experience but is very eager to learn more about the industry every day. He has settled into a role that touches on everything that is done at EMS Water Systems including shipping and receiving, inside sales and some basic operational processes. Matt is looking forward to spending more time with EMS Water Systems and EMCO and will continue to grow his knowledge and experience in the industry.

Surface Water
Surface water is just what the name implies; it is water found in a river, lake or other surface impoundment. This water is usually not very high in mineral content, and many times is called “soft water” even though it usually is not. Surface water is exposed to many different contaminants, such as animal wastes, pesticides, insecticides, industrial wastes, algae and many other organic materials. Even surface water found in a pristine mountain stream possibly contains Giardia or Coliform Bacteria from the feces of wild animals, and should be boiled or disinfected by some means prior to drinking.

Ground Water
Ground Water is that which is trapped beneath the ground. Rain that soaks into the ground, rivers that disappear beneath the earth, melting snow are but a few of the sources that recharge the supply of underground water. Because of the many sources of recharge, ground water may contain any or all of the contaminants found in surface water as well as the dissolved minerals it picks up during it’s long stay underground.

Waters that contains dissolved minerals, such as calcium and magnesium above certain levels are considered “hard water” Because water is considered a “solvent”, i.e., over time it can break down the ionic bonds that hold most substances together, it tends to dissolve and ‘gather up’ small amounts of whatever it comes in contact with. For instance, in areas of the world where rock such as limestone, gypsum, fluorspar, magnetite, pyrite and magnesite are common, well water is usually very high in calcium content, and therefore considered “hard”.

Due to the different characteristics of these two types of water, it is important that you know the source of your water — Surface or Ground. Of the 326 million cubic miles of water on earth, only about 3% of it is fresh water; and 3/4 of that is frozen. Only 1/2 of 1% of all water is underground; about 1/50th of 1% of all water is found in lakes and streams. The average human is about 70% water. You can only survive 5 or less days without water.

Water for drinking, cooking, and other domestic uses should be of good quality. It should be free from organisms that may cause disease and free from chemical substances and radioactive matter that may pose a health risk. The water should be aesthetically appealing, which means that it should have no objectionable taste, smell, or colour.

Homeowners are responsible for monitoring their well water quality

Harmful bacteria or chemicals can be present in drinking water that tastes, smells, and looks acceptable. Water quality may be affected by both natural and man-made sources. Some of the potential concerns about groundwater quality include weathering and erosion of minerals and metals from certain geological formations, saltwater intrusion, de-icing road salt, sewage disposal systems, animal wastes, petroleum products, industrial effluent, landfills, and pesticides.

You will need to understand two technical terms to be able to interpret the results:

• Maximum Acceptable Concentration (MAC) is a level that has been established for certain substances that are known or suspected to cause adverse health effects.

• Aesthetic Objective (AO) is established for parameters that may impair the taste, smell, or colour of water or which may interfere with the supply of good quality water.

1. to prevent staining, scaling, or corrosion of plumbing fixtures and appliances
2. to make it more pleasing to consume